Requests for Confirmation and the consequences of non-compliance 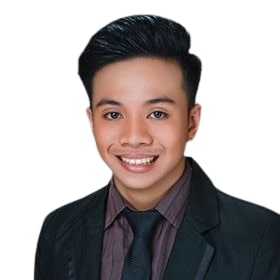 By:
Lorenzo Miguel A. Soriano Follow on LinkedIn
Contents

Christmas is fast approaching and the whole world is slowly emerging from the ravages of the pandemic. While most people are getting busy preparing their gifts and menus for Noche Buena, taxpayers are reminded of year-end tax compliance and other reporting requirements. To name a few: taxpayers need to comply with filing and submission of annual information returns and their attachments, books of account, and withholding tax certificates, as well as the filing of Requests for Confirmation (RFC) for income payments to nonresidents which were subjected to tax treaty rates or preferential rates.

Among the tax compliance and reporting requirements mentioned, it is important to take a hard look at the consequences in case of noncompliance with the filing of RFC.

These issuances were necessary to settle all issues surrounding the availment of treaty benefits and to deliver efficient service to taxpayers in compliance with the Ease of Doing Business Act. Some of the subject matter discussed under these issuances include the filing of RFC for all income payments to nonresidents, in lieu of the Certificate of Residence for Tax Treaty (CORTT) for dividends, interest and royalties, and imposition of penalties for the late filing of RFC.

It must be emphasized that in cases where income payments were subjected to treaty rates in 2020 or prior years but no tax treaty relief application (TTRA) or CORTT has been filed, the withholding agent has until the last working day of 2021 or until Dec. 31 to file an RFC with complete documentary requirements. Regardless, failure to file the RFC within the prescribed deadlines means being subject to the provisions of Section 250 and 255 of the Tax Code, as amended. In addition, a penalty of P1,000 for each CORTT not filed for 2020 and prior years’ transactions will be imposed.

For instances when a taxpayer fails to file an RFC, the taxpayer will be liable for administrative penalties amounting to P1,000 for each failure. However, the aggregate penalty to be imposed may not exceed P25,000 for all failures to file within a calendar year. Aside from the administrative penalties, taxpayers may likewise be charged with the crime of perjury under Article 183 of the Revised Penal Code for failure to supply correct and accurate information in the application form and other documents submitted in support of such application. As specifically stated in these new issuances, there is no automatic denial of the application for failure to file within the prescribed period. The application, however, may still be denied in case of failure to establish the entitlement of the nonresident to treaty benefits or submission of incomplete requirements. Accordingly, it is important that taxpayers obtain documents to prove that the nonresident income recipient is a tax resident of the treaty country and/or the same has no permanent establishment in the Philippines.

The common issue being encountered by taxpayers during audit is that some BIR examiners deny outright the use of the preferential rates and subject the income payments to regular rates for noncompliance with the administrative requirement (i.e., non-submission or late filing of TTRA/CORTT). However, in the case of Deutsche Bank AG Manila Branch vs. Commissioner of Internal Revenue, the Supreme Court ruled that outright denial of a tax treaty relief for failure to strictly comply with the prescribed period is not in harmony with the objectives of the contracting state to ensure that the benefits granted under tax treaties are enjoyed by duly entitled persons or corporations. It can be gleaned from the decision of the court that the TTRA should merely operate to confirm the entitlement of the taxpayer to the relief. Furthermore, a tax treaty between the Philippines and the home country of a foreign taxpayer takes priority over the default rule.

The BIR has recognized the Court’s decision that there should be no outright denial of the preferential rates for failure by the taxpayers to strictly comply within the prescribed period. In RMO 14-2021 and RMC 77-2021, it was clarified that the requirement of filing of RFC is to confirm the entitlement of the taxpayers and not to unduly divest them of the opportunity to avail of the intended treaty benefits. Hence, in case taxpayers fail to file TTRA/CORTT in prior years or fail to file an RFC within the prescribed period, taxpayers should only be denied the use of preferential rate if the BIR has determined that the withholding tax rate applied is lower than the rate that should have been applied, or that the nonresident is not entitled to treaty benefits, and not because of noncompliance with the administrative requirement.

As much as we want to focus mainly on gift wrapping or food planning and preparation, as taxpayers, we are still bound to comply and follow the regulations set by the BIR. As a bonus, the BIR has exerted efforts to make the process easier. In return, taxpayers should also do their best to adhere to these requirements. After all, Christmas is best celebrated (virtually) with our family and friends without worrying about the consequences of noncompliance.

As published in BusinessWorld, dated 23 November 2021