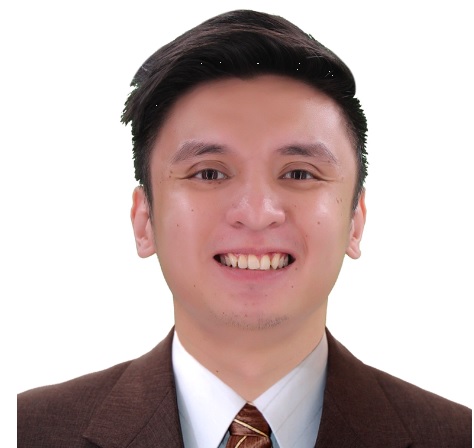 The COVID-19 pandemic brought with it an unprecedented and drastic change on how businesses were conducted. Business operations in several countries bore the brunt of its effects, and businesses in the Philippines were no exception. Some businesses managed to survive; however, some struggled, resorting to reduced operational costs or worse, laying off a number of their employees in order to stay afloat and compete in the new normal. Hence, many employees were involuntarily separated from their employers.

On the other hand, in order to adapt to the new normal, some businesses implemented a work-from-home setup to help ensure their business continuity, on top of securing the safety of their employees from contracting the virus. However, not all staff have the capacity to adapt with ease. For some, working in isolation means putting their mental health at stake, all the while finding it difficult to cope with anxiety in the virtual workplace as most employees admit that working from home has made work essentially monotonous. As a result, burnouts were highly likely to come off, leading to voluntary resignations of affected employees for the sake of their mental well-being.

Whenever an employee is separated from his/her employer, either voluntarily or involuntarily, the latter must pay the former a separation pay or final pay, depending on the circumstances. The most prevalent questions arising in such an instance are the taxability of the payments received and how employers and employees should determine the propriety of tax treatments on these payments.

Involuntary separation due to retrenchment

The Supreme Court defined retrenchment as the termination of employment initiated by the employer through no fault of and without prejudice to the employees – dismissing them because of losses in business operations during times of recessions, industrial depressions, or seasonal fluctuations.

So, what does a retrenched employee expect from his employer? The Labor Code states that separation pay should be provided if the termination of the employee is due to closure or cessation of the business, installation of labor-saving devices, redundancy, retrenchment, and if the employee has been found suffering from any disease and whose continued employment is prohibited by law or is prejudicial to his/her health as well as the health of his/her co-employees, among others.

When the retrenched employee receives his/her separation pay, will this be subject to tax? The Tax Code, as amended, provides that any amount received by an official or employee or by his/her heirs from the employer due to separation because of death, sickness or other physical disability, or for any cause beyond the control of the said official or employee shall be exempt from tax. However, only the monetized value of unutilized vacation leave credits of ten (10) days or less shall not be subject to income tax. Conversely, the cash equivalent of vacation leave credits exceeding ten (10) days is subject to income tax or fringe benefits tax.

However, since tax exemptions are construed strictly against the taxpayer and liberally in favor of the government, retrenched employees are not automatically entitled to income tax exemption on the separation pay received. To prove the eligibility for tax exemption of the separation pay, the employer or the employee must secure a Certificate of Tax Exemption (CTE) from Income Tax and Withholding Tax. To facilitate the processing of requests for tax exemption due to retrenchment, the following documents, as prescribed in Revenue Memorandum Order (RMO) No. 66-2016 shall be submitted to the Revenue District Office or appropriate Large Taxpayers Office where the employer is registered:

a. That the retrenchment is reasonably necessary and likely to prevent business losses;

b. That the losses, if already incurred, are not merely de minimis, but substantial, serious, actual, and real, or if only expected, are reasonably imminent with appropriate supporting evidence of said losses;

c. That the retrenchment is made in good faith for the advancement of its interest and not to defeat or circumvent the employees’ right to security of tenure; and

d. That the selection of employees to be terminated has been made in accordance with fair and reasonable criteria.

We have heard many stories from family and friends about employee resignations due to mental health issues, which raise concerns on the taxability of the final salary of the resigning employees.

Resigning employees are not entitled to separation pay unless provided for by their employment contracts or as stipulated in the Collective Bargaining Agreement for companies with existing labor unions.

To date, the Bureau of Internal Revenue (BIR) has not yet released issuances clarifying the tax implications of resignations due to mental health. However, since it is the employee who initiates the termination of employment, existing BIR rulings state that the payment of the final salary is still subject to tax since what will be paid to the employees are already “earned” over the course of the employment.

We are all paddling in the same ocean, but we are not on the same boat; some are in yachts, some in canoes, some barely swimming, and some need help to stay afloat.  Layoffs and resignations were prevalent this year. Here’s to hoping that as the calendar flips, employees get to retain their jobs and businesses will thrive again. Everyone’s health – physical, financial, and mental – matters above all.

As published in BusinessWorld, dated 28 December 2021