A valid assessment emanates from a valid authority 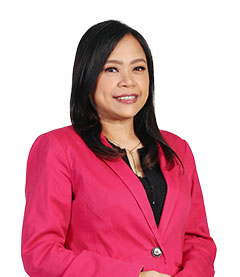 Yesterday’s election was a defining moment for all Filipinos as voters selected the country’s next leaders. The sovereignty of the people manifested itself once again, with hopes high that elected government officials and representatives embody their aspirations and dreams. Representatives of the people are there with a mandate from the people. Thus, whenever an elected official exceeds the authority delegated to him, he acts without legitimacy, and such authority may be withdrawn.

The same is true in tax assessment cases — the BIR’s power exercised without authority is void. Thus, an assessment without a valid Letter of Authority (LoA) cannot prosper and must be withdrawn.

An LoA is the authority given to the appropriate revenue officer assigned to perform assessment functions. It empowers and enables the revenue officer to examine the books of account and other accounting records of a taxpayer for the purpose of collecting the correct amount of tax.

As set forth in Section 6 (A) of the Tax Code, as amended, the authority to examine and assess the taxpayer for the correct amount of tax is restricted only to the CIR or his duly authorized representatives such as the Deputy Commissioner, Assistant Commissioners (ACIRs) and Head Revenue Executive Assistant (HREA).

However, by way of exception, Section 10 (c) of the Tax Code, as amended, allows the Revenue Regional Directors to issue an LoA in favor of revenue officers performing assessment functions in their respective region and district offices for the examination of any taxpayer within such region. Thus, the issuance of an LoA is premised on the fact that the examination of a taxpayer who has already filed his tax returns is a power that statutorily belongs only to the CIR himself or his duly authorized representatives. Therefore, before any revenue officer can conduct an examination or assessment, there must be a grant of authority, in the form of an LoA. In the absence of such an authority, the assessment or examination is a nullity.

In a recent Court of Tax Appeals (CTA) decision (CIR vs. EDS Manufacturing, Inc., CTA EB No. 2411, promulgated on April 22, 2022), the CTA nullified the Final Decision on Disputed Assessment issued against the taxpayer and cancelled the tax assessment worth P223.8 million of the taxpayer because the names of the revenue officers who actually examined and recommended the PAN were not found in the LoA.

The CTA held that the LoA is the concrete manifestation of the grant of authority bestowed by the Commissioner of Internal Revenue (CIR) or his authorized representatives to the revenue officers. The LoA gives notice to the taxpayer that it is under investigation for possible deficiency tax assessment and at the same, it authorizes or empowers a designated revenue officer to examine, verify, and scrutinize a taxpayer’s books and records in relation to internal revenue tax liabilities for a particular period. Hence, the absence of such an authority renders the assessment or examination a patent nullity.

The CTA emphasized that the issuance of a valid LoA by the CIR or his duly authorized representatives in favor of revenue officers performing assessment functions, except when the examination is conducted by the CIR himself, or the BIR officials duly authorized by law, is a pre-requisite for the validity of their tax examination and assessment. It stated that a LoA is not a general authority to any revenue officer. It is a special authority granted to a particular revenue officer. Hence, the claim of the petitioner CIR that the continuation of the examination of a taxpayer may be re-assigned to another revenue officer and group supervisor within the same RDO without issuing a new LoA is devoid of merit.

The CTA explained that the practice of reassigning or transferring revenue officers who are the original authorized officers named in the LoA, and subsequently substituting them with new revenue officers who do not have a separate LoA issued in their name, is in effect a usurpation of the statutory power of the CIR or his duly authorized representatives. Since the memorandum of assignment, referral memorandum, or such other internal document of the BIR directing the reassignment or transfer of revenue officers is typically signed by the revenue district officer or other subordinate official, and not signed or issued by the CIR or his duly authorized representatives, such issuance and its subsequent use as a proof of authority to continue the audit or investigation supplants the functions of the LoA since it seeks to exercise a power that belongs exclusively to the CIR himself or his duly authorized representatives.

Further, the CTA also disagreed with the petitioner’s assertion that a valid LoA only applies to revenue officers in the revenue district office (RDO). It did not accept the contention of the petitioner that since revenue officers who performed the audit and examination were under the Office of the Commissioner of Internal Revenue (OCIR)-Large Taxpayer Service (LTS), the issuance of a valid LoA may be dispensed with. It pointed out that the necessity for the issuance of an LoA is premised on the persons who would perform the audit and examination of the taxpayer and is not based on the office where the revenue officers is stationed or detailed.

This has been consistently held by the court, and in the case of CIR vs. McDonalds Philippines Realty Corp., G.R. 242679, promulgated on May 10, 2021 (McDonald Case), no less than the Supreme Court emphasized the importance of identifying the revenue officer authorized to continue the tax audit or investigation in the LoA. It held that the issuance of an LoA prior to examination and assessment is a requirement of due process and not a mere formality or technicality. As part of due process requirement, taxpayers have the right to know that the revenue officers are duly authorized to conduct the examination and assessment, and this requires that the LoAs must contain the names of the authorized revenue officers. Accordingly, identifying the authorized revenue officers in the LoA is a jurisdictional requirement of a valid audit or investigation by the BIR, and therefore of a valid assessment.

In another case, the CTA in GS MTE Grains Corporation vs. CIR (CTA Case No. 8837 dated March 19, 2018) had the occasion to rule that failure to revalidate the LoA before the expiration of the 120-day period renders the LoA invalid, and the resulting assessment or examination a nullity. Under Revenue Memorandum Circular (RMC) No. 36-99, the revenue officer is allowed only 120 days from the date of the receipt of the LoA by the taxpayer to conduct the audit and submit the required report of investigation. If the revenue officer is unable to submit the final report of investigation within the 120-day period, he must then submit a Progress Report to the head office and surrender the LoA for revalidation. The CTA, in this case, held that by continuing with the audit beyond the prescribed 120-day period without submission of a Progress Report and without the surrender of the LoA for revalidation, the revenue officer acted without authority and the deficiency tax assessments issued against petitioner, arising from the audit conducted, is void ab initio.

In the exercise of the government’s right to assess, it must, in the first place, ensure that any examination of the taxpayer by the BIR’s revenue officers is properly authorized by those to whom the discretion to exercise the power of examination is given by statute. The power of the State to collect tax must be balanced with the taxpayer’s right to substantial and procedural due process. In balancing the scales between the power of the State to tax and the constitutional rights of a citizen to due process of law, the scales must tilt in favor of the individual, for a citizen’s right is amply protected by the Bill of Rights under the Constitution. Thus, while taxation is the lifeblood of the government, the power to tax must be exercised reasonably and in accordance with the prescribed procedures.

For the taxpayer, it would be helpful to always be mindful to check the validity of the LoA, that is, a LoA that emanates from a valid authority, for it pays to know that a void assessment bears no fruit.

As published in BusinessWorld, dated 10 May 2022