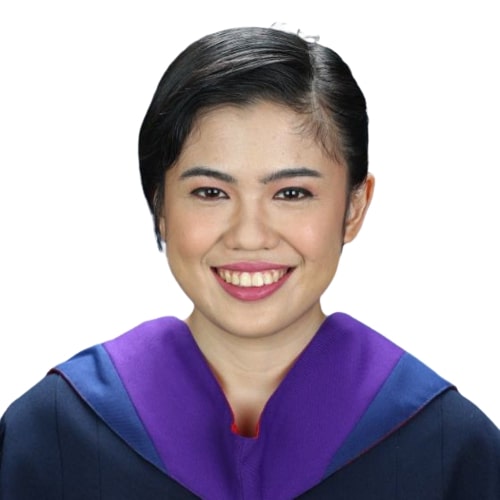 Cambridge Dictionary defines a “task force” as a group of people brought together to do a particular job. The term may be familiar relative to the Covid-19 pandemic when the government created the Inter-Agency Task Force (IATF) composed of members from various executive departments, supposedly for a collaborative approach to combating Covid-19.

The concept itself is not unfamiliar or entirely novel with regard to the tax enforcement mandate of the Bureau of Internal Revenue (BIR). While there is no recent administrative issuance that serves as a guideline for the creation of a task force or special audit, previous task forces were formed to focus on a specific industry audit and other related tax issues.

As an example, the BIR recently created a task force to inspect registered business enterprises (RBEs) in the information technology-business process management (IT-BPM) industry, purportedly to ensure that RBEs comply with conditions for the continuous availment of incentives under the CREATE Law. Last year, a special task force was also created to monitor compliance of online merchants and influencers, possibly due to the rise of online presence amidst the pandemic.

Previous task forces were likewise created on matters of public concern. One of which is the task force on a former Philippine President, created by the BIR's Legal Inspection Group, to look into all internal revenue taxes and related the same to deficiency income tax under bribes and kickbacks.

That said, there are no specific guidelines as to what industries, entities, or persons should be covered by a task force. If a taxpayer receives notice that his business will be audited by a task force, should he be concerned considering that task forces are usually related to matters of public concern?

Is a task force equivalent to a Letter of Authority (LOA)?

The case of Medicard Philippines, Inc. vs. Commissioner of Internal Revenue (CIR) defines a Letter of Authority as the “authority given to the appropriate revenue officer assigned to perform assessment functions”. It empowers or enables said revenue officer to examine the books of account and other accounting records of a taxpayer for the purpose of collecting the correct amount of tax. If a revenue officer is not authorized by the CIR or by his duly authorized representative through a LOA, the assessment is rendered invalid inasmuch as it violates the taxpayer’s right to due process.

Jurisprudence shows that despite the creation of a task force, special auditors should still be authorized pursuant to a valid LOA. RDAO No. 08-03 also clearly states that no special task force shall be created without the approval of the Commissioner. Thus, it cannot be said that the mere creation of the task force is equivalent to a LOA.

Hence, the task force cannot ripen into assessment. An assessment must always originate from a LOA; otherwise, the assessment is void.

How is the result of the task force enforced?

After the issuance of the LOA, if the taxpayer is found liable to deficiency tax during an investigation conducted by a Revenue Examiner, the taxpayer shall be informed through a Notice of Discrepancy (NOD), Preliminary Assessment Notice (PAN), Final Letter of Demand (FLD) or Final Assessment Notice (FAN), and finally, a Final Decision on Disputed Assessment (FDDA).

A review of the cases that involved a task force would show that the findings of a task force are also followed through in a similar manner to that of an ordinary audit. In the case of Sps. Estrada vs BIR, the required notices such as the PAN, FLD, and FDDA were served to the taxpayers. The CTA’s decision also states that the taxpayers were given sufficient opportunity to be heard, having been able to effectively protest the PAN and FAN.

Thus, the process of enforcement is the same for both types of tax audit.

What due process is accorded to the taxpayer?

While replete with case law and issuances explaining the procedures applicable to a task force, it is evident in jurisprudence that there is no difference in due process afforded to taxpayers, whether subjected to a regular audit or that of a task force. As stated previously, taxpayers are still afforded due process with the service of the notices mandated under the law and are able to submit and file their protests to address the findings of the task force.

It is thus easy to point out where the confusion and concern come from since there is not much difference between a task force and a regular tax audit. These concerns were raised by the Department of Finance (DOF) last May when it called for the suspension of the BIR’s special audit task forces, citing that task forces caused confusion for some taxpayers and that the creation of said task forces resulted in redundant functions within the bureau.

While not addressing the remark of the DOF on redundancy, the BIR issued Revenue Memorandum Circular (RMC) No. 76-2022 which suspended audit and other field operations under the authority of task forces created through Revenue Special Orders, Operations Memoranda, and other similar orders/directives. On the same day, the BIR issued RMC No. 77-2022 clarifying the earlier RMC stating that despite the suspension, service of assessment notices, warrants, and seizure notices would still be given effect. Similarly, taxpayers need not secure authority from revenue officials if they are to voluntarily pay their known deficiency taxes.

Task forces are created mainly to focus on a specific objective. However, if these units perform the same functions as that of officers assigned in a regular audit, it comes into question whether the creation of a task force is truly necessary or just stands to cause anxiety and confusion for taxpayers. Surely enough, taxpayers are still recovering from the stress and trauma brought about by the pandemic. As such, the BIR should ease taxpayers and not create issues to burden their recovery.

As published in BusinessWorld, dated 07 June 2022