From Where We Sit 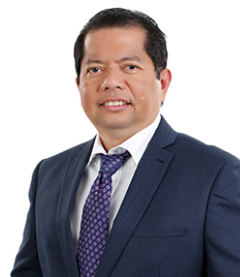 There’s merit in knowing what and why things go viral on the Internet, even if you think your industry is far removed from needing to advertise on social media.

Take, for example, a tweet posted back in April: a supposed HR personnel remarked how a fresh graduate declined his offer of a Php 37,000 starting salary. By itself, the tweet is unremarkable but what shot it through the height of virality is the unexpected relevance and ensuing discourse.

While it can be agreed that Php 37,000 is comparatively high for a starting salary, at the time it was posted, the tweet was sandwiched in the middle of Labor Day, an expensive pandemic, and the release of news stories showing that the average monthly cost of living in Manila is Php 50,798. Therefore, the younger generation were quick to defend the fresh graduate, citing that she knew her worth and that everyone was entitled to a liveable minimum wage.

There’s another discussion to be had there about the low cost of labor in the Philippines, but more relevant to this article, the unfortunate Twitter user who started this all asked further in the thread: “What kind of mindset do kids have these days?”

The point is, this whole interaction is representative of the kind of mindset “kids” or Gen Zers have these days – and they’re about to make up a large portion of the workforce.

From this incident alone, one can surmise that the younger generation continues to be outspoken, independent, and guided strongly by their moral standards. The latter is already evident from their choices as consumers, boycotting and aligning themselves with companies depending on how ethical and sustainable these companies appear to be, but this also applies to their choice in workplace. To illustrate, take a different example from the U.S. wherein a report from the New York Times found that Gen Z graduates are less inclined to apply with Facebook and Google due to the perceived harm these companies commit on a larger scale.

Additionally, the desire for a higher wage is shared across the demographic. From InsideOut Development, survey results reveal that Gen Z professionals expect better pay and perks, a promotion within a year of working, and bosses who are available to coach and train them.  These conditions are expected, all while multiple studies – from Adobe, Microsoft, and Bankrate – foretell that Gen Z and millennial workers are inclined to leave their companies in the short-term.

While the old guard might call out these tendencies as “entitled”, it’s important to address that these findings aren’t necessarily bad or spell doom for traditional companies. Simply, the results only show that Gen Z prioritizes financial security and the ability to have actual work-life balance. Read another way, the results show that Gen Z is bold and know what they want, and it’s high time for companies to step up their game to compete for this young talent pool.

“Competition” would be the right word here, especially in pandemic-struck Philippines with its rising population of digital freelancers and gig economy enthusiasts. Advances in technology and better connectivity have only opened more avenues through which young people could find revenue, and a 2020 study from Payoneer does show that these opportunities are dominated by the youth, with 67% of Filipino freelancers being under the age of 35. It will be no surprise if, as the generation of true digital natives, Gen Z continues the trend.

So where does that leave traditional companies? Going forward, companies need to meet Gen Z halfway and allow the generation’s distinct values to alter the workplace if they want to attract, much less retain, talent.

The biggest advantage gig economies have over traditional companies is their flexibility, both in terms of workplace and working hours. It’s been discussed that hybrid work-from-home arrangements would be part of the “new normal”, but companies might want to consider it more seriously as a strategy to cater to the more independent and tech-savvy Gen Z demographic.

Contrary to assumptions, Gen Z is also on the lookout more for clear communication, purposeful work, and advancement. Gone are the days when fun office features and quirky gimmicks would interest young talent. Instead, companies are more likely to pique this demographic’s interest with a clear outline of expectations for the role, pay transparency, and a strong sense of career progression. It is not required to emphasize your warm company culture in a job description, for surely Gen Z applicants will judge that for themselves, as well as research reviews on your company’s management style, workload, and turnover rates in the interim.

Further, while promotions within a year might be difficult for most companies unless they create new roles, Gen Z is receptive to feedback and evaluation or at least receptive to knowing exactly what they need to improve in order to achieve the growth that they desire. A management style that focuses on their development and well-being, with ample recognition of the work they’ve done so far, will go ways in keeping new employees happy.

Understandably, these are difficult and costly changes for a company to undergo. For some, meeting Generation Z’s expectations is not just a question of increasing the budget but overhauling the entire company’s culture. Though in this economy where there’s as much pressure on companies to improve their value propositions, it would benefit traditional enterprises to allow themselves to be influenced since Gen Z and future generations would be the likely determiners of how work changes in the coming years. Gen Z brings with them fresh perspectives, enthusiasm, and a forward-thinking mindset that’s focused on how to improve along with the time.

As published in The Manila Times, dated 06 October 2021